Are the Protestors Against Trump Being Paid to Protest?Updated automatically every 5 minutes

No, this is a mixture of misinformation and hoaxes.

As early as November 11, 2016 there were allegations claiming that there were paid actors sent to the streets to protest against Donald Trump's election as President of the United States. The earliest accusation was found on Twitter by an Austin, Texas resident Eric Tucker. Tucker photographed tour buses and tweeted that these busses were carrying people who were paid to attend the protests at the University of Texas. Soon after, Donald Trump himself took to twitter to accuse the protesters of being paid actors. According to USA Today, President Elect Donald Trump later "scaled back" these allegations and tweeted "Love the fact that the small groups of protestors last night have passion for our great country." However, this allegation was not backed up by facts.

Eric Tucker later posted a retraction of his accusation of paid protestors, but his retraction, according to USA Today, was only retweeted eight times. 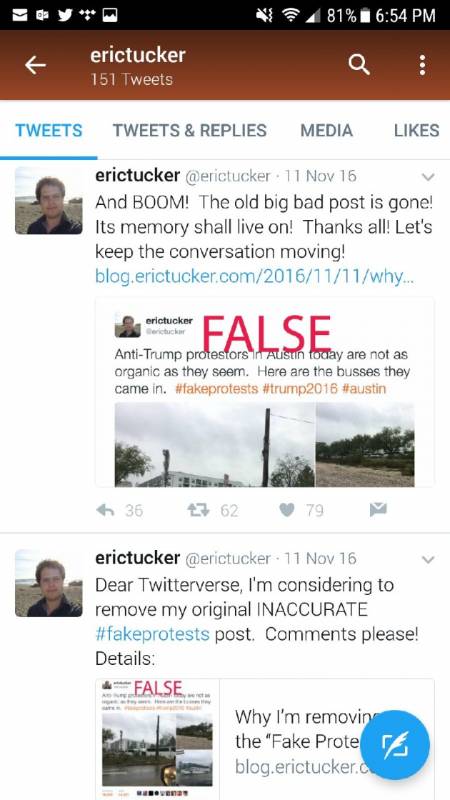 Starting through social media, the claim spread like wildfire. An original tweet made by Eric Tucker from Austin, Texas on November 11, 2016 noticed tour buses parked near an anti-trump protest and shared a tweet claiming that the buses were holding paid protesters. According to Fox7 news, this tweet had over 17,000 retweets in two days. The next day, the current president-elect Donald Trump shared his thoughts on twitter claiming that professional protesters were hired by the media after his election.

This allegation also has origin from an ad on Backpage.com. According to Snopes.com, this ad was from a company called Demand Protest, LLC. Upon further investigation, it was proved that Demand Protest, LLC was not a true company and the Craigslist ad was fake. 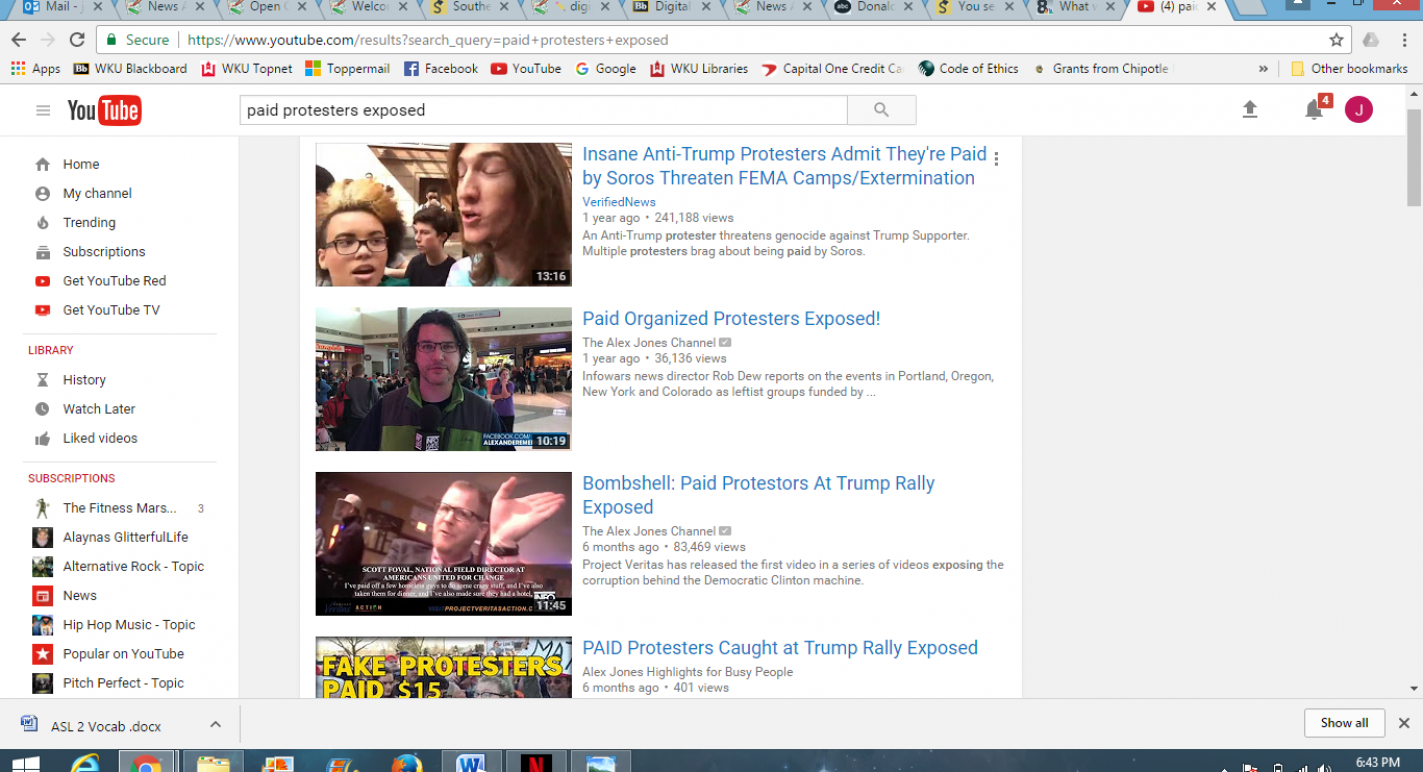 Connecting to social justice, this is a distraction to the real issues surrounding the election of Donald Trump. The protestors wish to exercise their right to freedom of speech by expressing their concern of their rights as women, as LGBT+, and as ethnic and religious minorities. By accusing protestors of being paid actors, the validity of the protestors' concerns are lost. This causes a glossing over of these American citizens and instead makes it seem like these are not real people with real concerns.

This is also a problem because of the speed at which the untrue tweet was spread. The tweet was posted without a factual basis and was shared many, many times. However, the retraction that was posted was only shared by four people. This is a problem because the untrue information spread so far but there was no way for the original twitter user to reach all of the people who had read the tweet and understood it as fact. This may seem like a small thing, but as the use of social media as a valid news source grows, the amount of false information being shared is likely to grow.

According to Snopes.com, the claim that there were paid protestors against Donald Trump is untrue. Although the Craigslist.com ad did run requesting actors to protest, the company Demand Protest, LLC was not a real company and could therefore not hire any protestors. 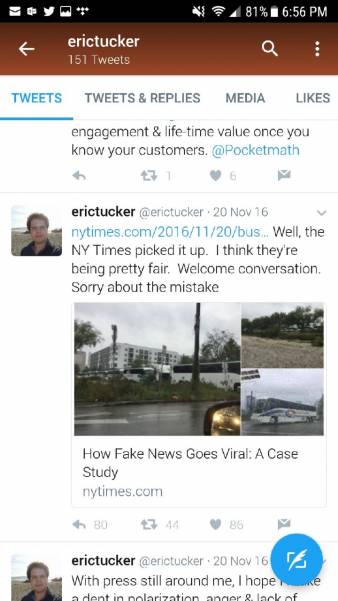