Does Shaq believe the Earth is flat?

An internet rumor asserted retired NBA player Shaquille O'Neal believed the world to be flat, but it appears to be based on a misunderstood joke of his.

As Shaquille O'Neal was talking on his radio show that he co-hosts, The Big Podcast, he said something more than a little shocking:

"I drive from coast to coast, and this shit is flat to me. I'm just saying. I drive from Florida to California all the time, and it's flat to me. I do not go up and down at a 360-degree angle, and all that stuff about gravity, have you looked outside Atlanta lately and seen all these buildings? You mean to tell me that China is under us? China is under us? It's not. The world is flat."

This statement of Shaq's spread rapidly to NBA websites and science sites. On March 23rd, 2017, he appeared on a podcast called The Art of Charm Podcast, and stated that he does not believe that the world is flat. Shaq is known to be a big jokester and this was just another statement that was meant to not be taken seriously.

Readers here probably need no proof the earth is round, but if you'd like to prove it to yourself, try out this page from Popular Science. A simple example to consider is that depending where you are on earth, you will see different stars on the horizon at night.

There is a bigger debate about whether people should be joking about the shape of the earth. What's the harm? While one school of thought is that it's harmless, many scientists feel that even joking acceptance of these theories leads to greater visibility, and eventually greater belief.

O'Neal did clarify that he was joking when talking about the flat Earth conspiracy, but this in itself could present problems given his enormous public platform. Muller says that if Shaq was joking, he should've made that much clearer in the first place, but by acknowledging a theory publicly, O'Neal gives credibility to something that is verifiably untrue, even if he was joking.

Compounding this is the fact that the initial Shaq statement (that the earth is flat) was widely shared on social media, but the follow-up was less shared. Here's the initial claim, via Buzzsumo, with thousands of shares. 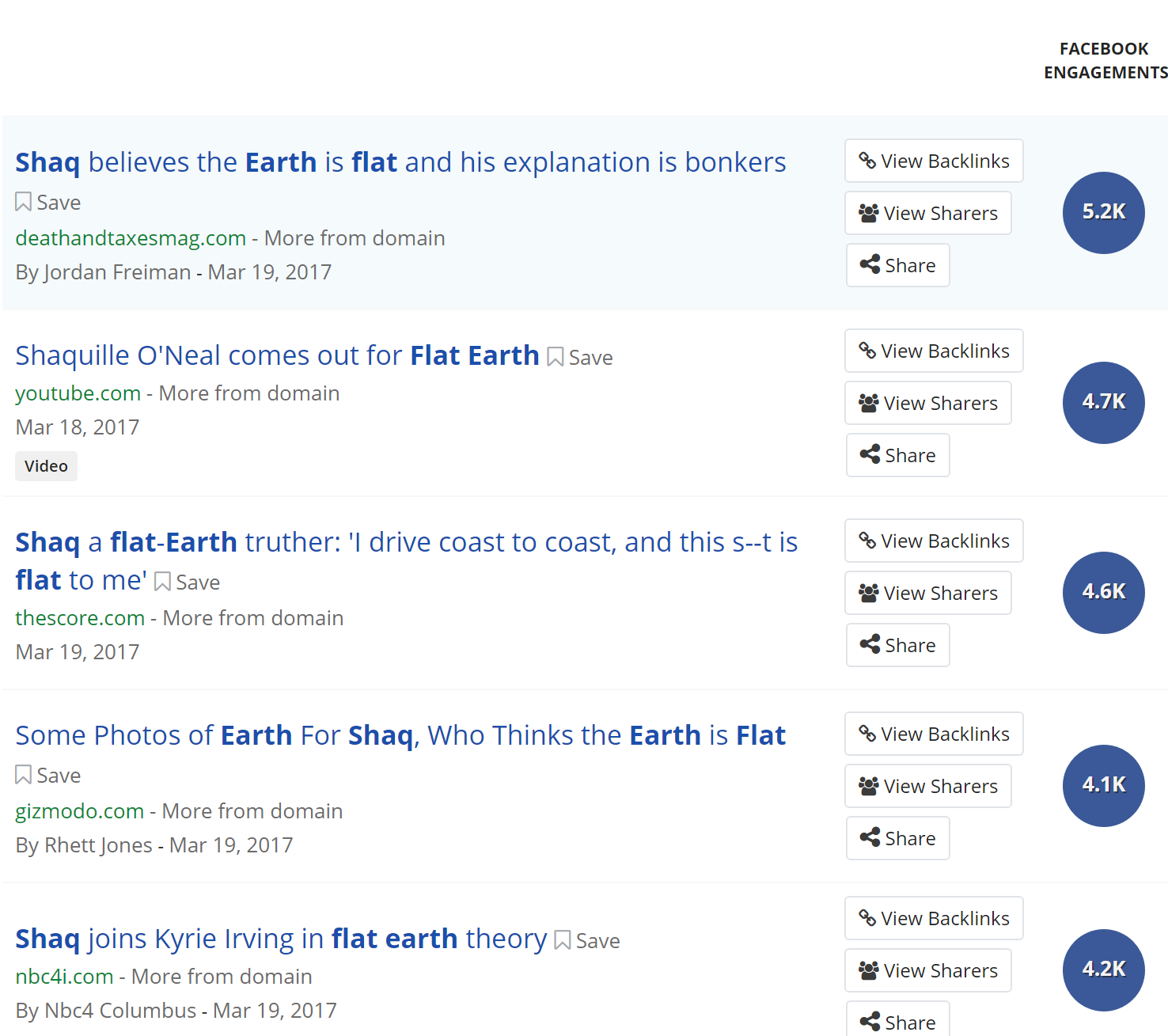 And here's the shares of headlines saying that he doesn't believe that: 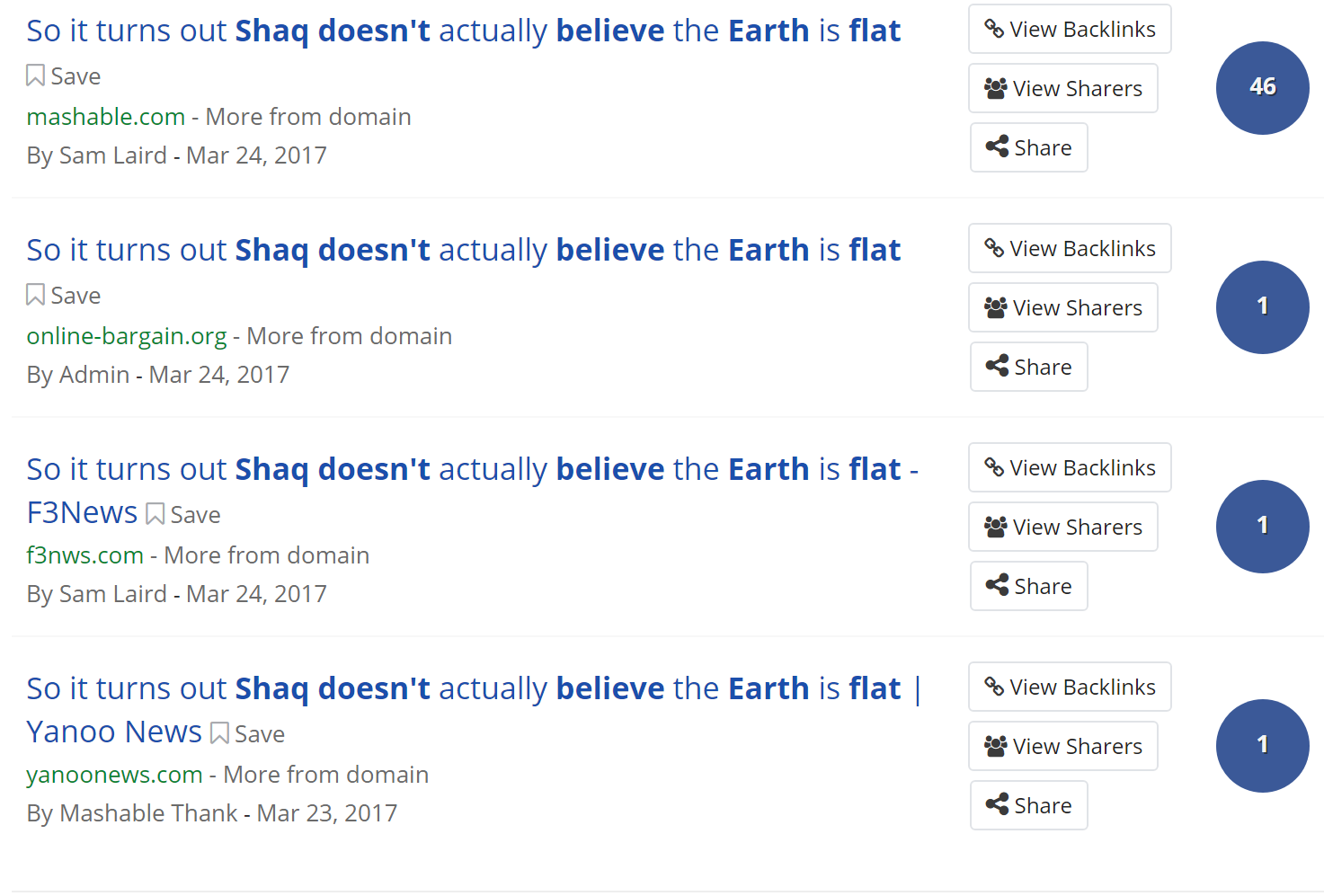 The false claim spreads quickly, but the follow-up barely reaches anyone. This creates credibility for the conspiracy claim.