Does Taking Up Music Increase IQ?

A number of publications have claimed that learning to play a musical instrument significantly improves brain function, with some going as far as to peg the increase as seven or more points. While there is some research linking playing a musical instruments increases in IQ in young children, it is not known whether these changes have any short or long term effect on the IQs of adults picking up music as a hobby, and there is wide debate about whether the relationship is causal, even in children. 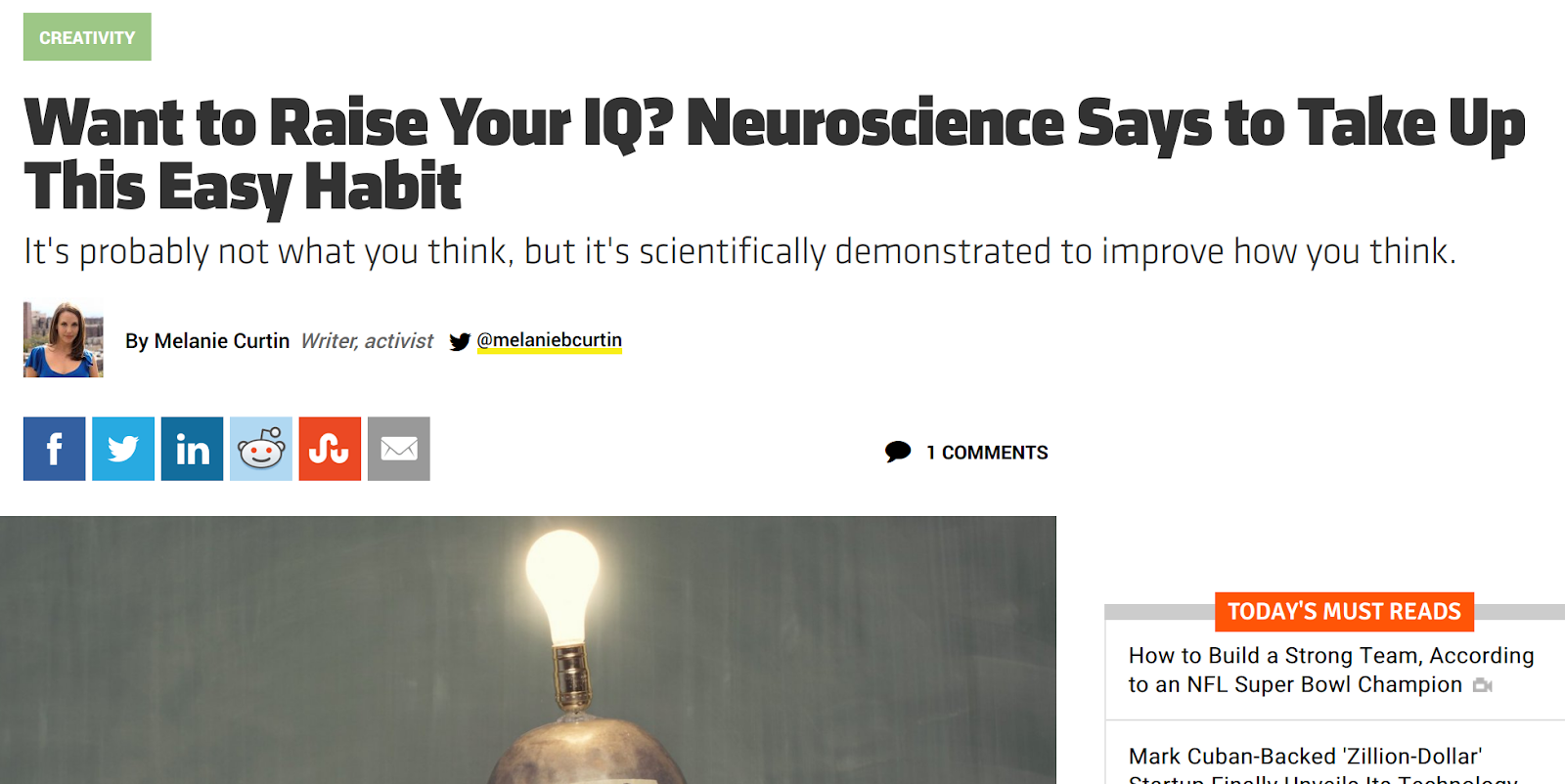 The current round of stories seem to have originated from Inc.com on May 31, 2016. The news article used a published review paper by a well-known neuroscientist, Lutz Jancke. However, similar stories surface regularly, such as this one in the Washington Post from 2015, prompted by a different study.

The question is important for a number of reasons. Aging adults may wonder if taking up an instrument could improve their performance in other areas. Companies looking for productivity gains may wish to encourage musical training.

In the world of primary school, the stakes are even higher. No Child Left Behind and other "accountability" approaches to schooling have often resulted in removal or scaling down of musical programs in K-6. If it turns out that musical practice can increase academic performance in other areas, this could make a powerful argument for re-funding school music programs.

The article states that a 2009 Biology Reports study conducted by a credible neuroscientist showed that learning to play an instrument raises your IQ, independent of your age. However, the publication cited is a brief review article talking about recent findings about music and brain plasticity and not a study conducted by Dr. Jancke.

The journalist also gives quotes apparently made by Dr. Jancke about his study with no apparent source.

Important distinctions are missed. As an example, the review article's major findings include changes in structural and functional brain plasticity in 6-year-old children that received musical training for 15 months. Nowhere is it mentioned that those changes could also be seen in adults learning to play an instrument.

Finally, the main point of the article published in Inc.com states that we can increase our IQ by playing an instrument. However, the review paper makes no claims about IQ; the only time IQ is mentioned is at future directions as a hypothesis, and is entirely theoretical.

Other studies are more favorable. There is a study conducted by Glenn Schellenberg that supports the hypothesis that music might have an influence on IQ. The study revealed that children enrolled in music classes had a greater IQ than children who received no music lessons. This difference was not seen in adults, and the increased IQ in children that were taking music lessons could be associated with their socioeconomic status. To date, it is known that socioeconomic status is significantly associated with intelligence growth factors and that children from low income households tend to perform worse on intelligence tests.

In conclusion, the Inc.com article misinterprets results of the review article, which talks mainly about the anatomical and functional changes in brain plasticity in people playing an instrument rather than the implication that playing an instrument increases your IQ. It also wrongly extrapolates research on a younger population to an adult population, and fails to grapple with socioeconomic factors. Both the headline and the article dramatically overstate the current findings of the field.