Is the collapse of the Larsen C ice sheet due to global warming?Updated automatically every 5 minutes

Opinion is divided. Most climate scientists think no.

While the collapse of the Antarctic ice sheets may have some relationship to global warming, most climate scientists do not think the collapse (sometimes referred to as "calving") is related to temperature increase

The collapse of the ice sheet was a spectacular event, and most coverage was careful not to fault global warming. However, people on social media were much less careful: 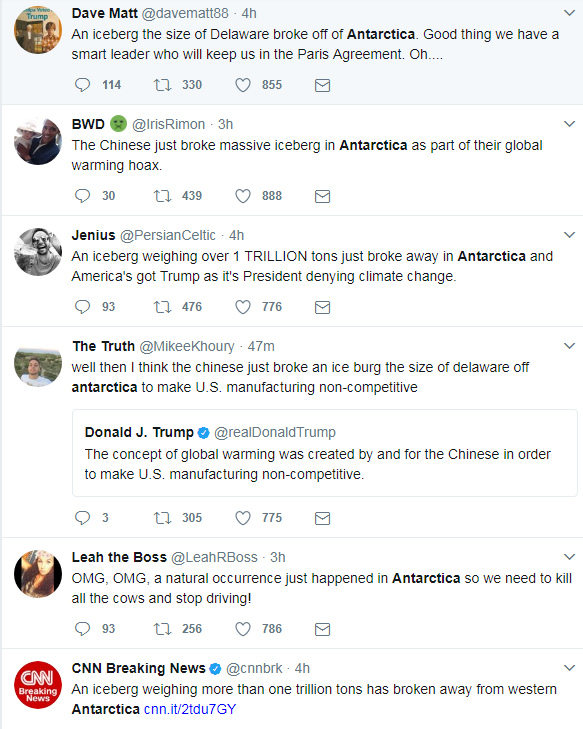 While it is natural to assume that the calving is due to warming temperatures, the truth is much less clear. Weather is local, and weather in Antarctica has not been particularly warm compared to historical trend. (The situation is different at the North Pole where historically warm temperatures have climate scientists worried).