Is the National Anthem Racist?Updated automatically every 5 minutes

While not wholly about slavery, the third stanza of the Star-Spangled Banner celebrates the killing of escaped slaves who went to the British side to try and win their freedom.

The decision sparked an uproar. Other players decided to follow in his footsteps and take a knee too. He also inspired some fans to do the same and sit during the national anthem. One of the players was asked by a reporter why he kneeled during the song, the player responded, "I'm not going to stand and sing a song that is racist."

The backlash was significant. The crowds booed Kaepernick on the field, and Kaepernick has had trouble getting signed to a team in the 2017 season.

"The Star-Spangled Banner" was written by Francis Scott Key about the Battle of Fort McHenry in Baltimore during the War of 1812. 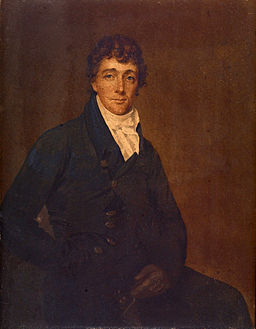 The original Star Spangled Banner builds to its climax as it describes the deaths of soldiers as follows:

"No refuge could save the hireling and slave.
From the terror of flight or the gloom of the grave,
And the star-spangled banner in triumph doth wave.
O'er the land of the free and the home of the brave."

Key himself never explained precisely what he meant by the third stanza. According to Marc Leepson, author of a recent biography of Key, Key spoke about "The Star-Spangled Banner" in public just once and did not mention this issue. Key did not write about the song in his surviving letters.

That said, Leepson explains, while researching his book he "did not find any historians who interpreted the 'hireling and slave' line as anything but a reference to the enslaved people who escaped their bonds and went over to the British side." Leepson himself also believes it is "clear" this is the correct way to interpret the stanza." Leepson did extensive research and found there weren't any other meanings for "The Hireling and Slave." Therefore, Key was obviously talking about slaves that escaped and fought for the British being killed.

As such, the national anthem clearly revels in the killing of slaves that were liberated by the British only to be killed as the American army retook Baltimore. While this is wrapped up in the specifics of a particular battle, it is hard to see the stanza as anything but racist.

We should note that there are some historians who disagree, claiming that the language is metaphorical, that "hireling and slave" relates to all British forces and is similar to metaphorical language used in the American Revolution applied to mercenaries.