Claim: Half of Initial votes in Detroit for the 2016 Presidential election may have been ineligible for recount because of either over-counted or undercounted ballots.

Jill Stein stated that many ballots were either overcounted or undercounted at the voting polls during the 2016 presidential election. Numbers of over or undercounted ballots in Detroit's precincts were %60, totaling out to be 1,144 ballots. But this only includes partial of the recounted votes. Poll workers blame it on the cities decade old voting machines, jammed ballots and not being able to recruit younger poll workers. Most poll worker are retirees working more than 15 hours on election day. There were no true proof of voters fraud because their was only a partial recount and it did not change the results of the election.

On December 6,2016 sundance, authors archives posted that according to state law, precincts whose poll books don't match with ballots can't be recounted. If that happens, original election results stand. 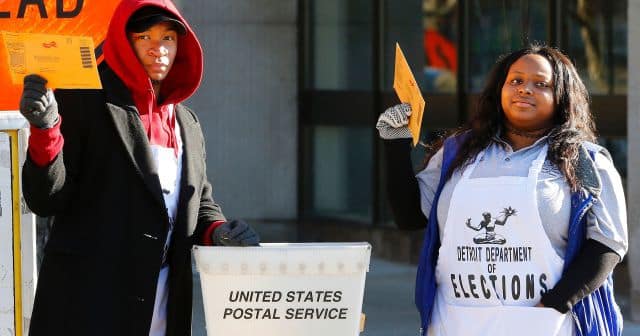 After doing my research on the articles and watching the videos above i come to find out that there was no proof of any voters fraud or ineligible recount in Detroit. Jill Stein raised money and pushed for a recount in the 2016 presidential election. She felt the there were ballots that were either undercounted or overcounted. Some residents and politicians in Detroit agree with her and demanded a recount. In the articles i also read that some Detroiters felt that the election win from Michigan was because broken down machines at the voting polls and over worked poll workers who could not complete their jobs. The recount began on December 6,2016 but soon came to a stop because the Michigan Court of appeals agreed that Jill Stein was not an aggrieved candidate and the recount must stop. This means that there was no ending result so we will never know if there were any fraud. I found for the claim of Detroit voters fraud so extensive half of initial votes ineligible for recount to be false.

Although there is claim that Detroit voters fraud is so extensive that half of the initial votes are ineligible for recount, their is so true proven proof that there was and fraud. The recount was only partial in Detroit Michigan and never complete so we may never know if there were human error or problems with old poll ballot scanning machines.

Steps i took to find my research