10 AM, Group 7, Can a brain pacemaker prevent the cognitive symptoms of Alzheimer's disease?Updated automatically every 5 minutes 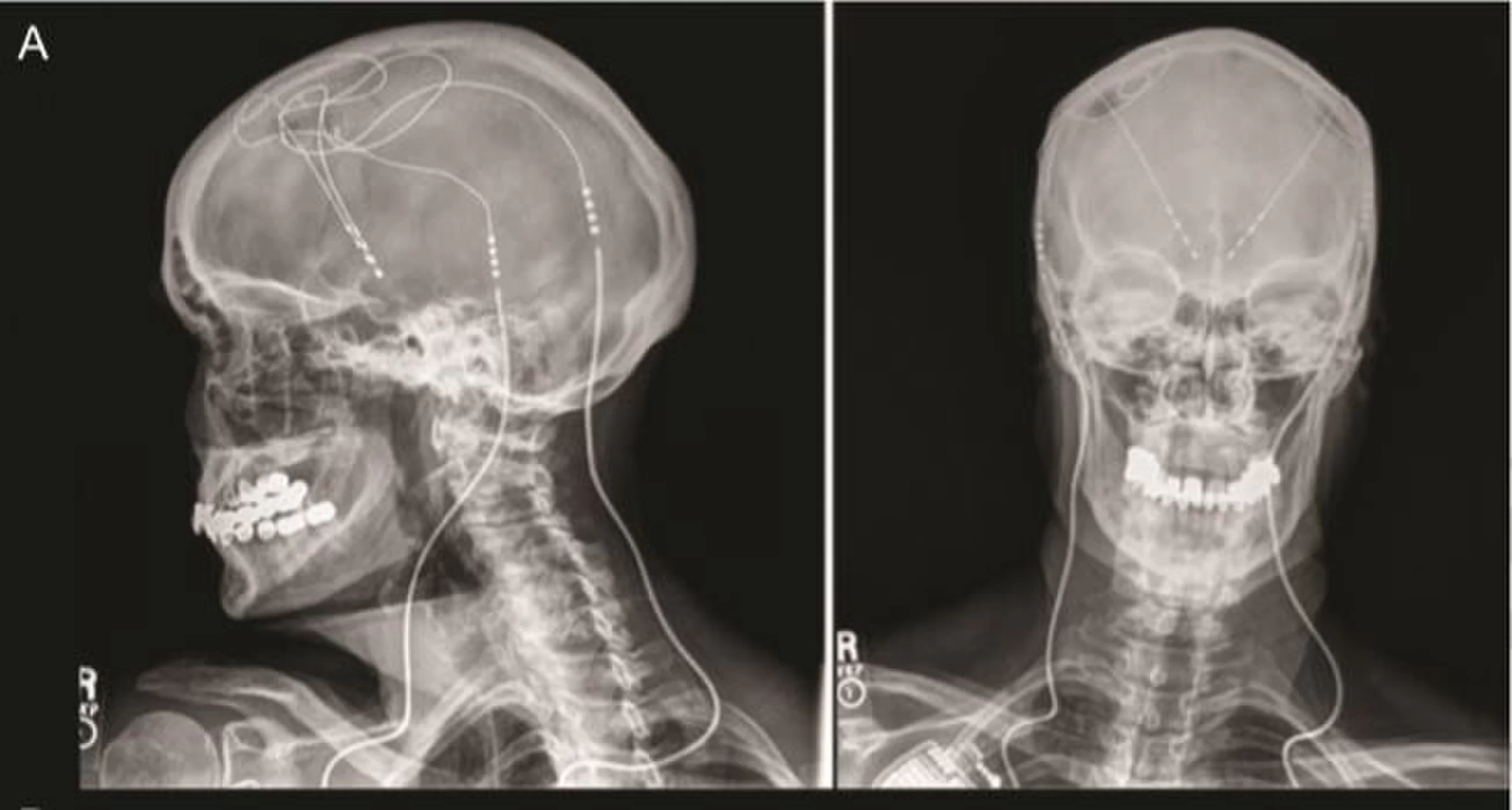 Alzheimer's disease, also known as senile dementia, is a terrible illness that affects millions of people and their loved ones every year. Unfortunately, it is the sixth most common cause of death in the United States. People with Alzheimer's face a myriad of problems in day to day life. They experience short-term memory loss, disorientation, mood swings, and even have difficulty performing the most mundane of tasks such as getting dressed, grooming, or even making a bed. In an effort to prevent the appalling symptoms of Alzheimer's, researchers at Ohio State University have conducted a study and their goal was to prevent the cognitive symptoms of Alzheimer's. The study involved implanting a pacemaker into three subjects with Alzheimer's disease and comparing their data to 100 different people without the implants and the results were mostly positive. One of the three patients showed partial improvement in cognitive function compared to those without the DBS implant while the other two patients showed significant improvement. That being said, this is the only evidence we could find that answers the question, so more evidence will be needed to solidify the effectiveness of a brain pacemaker against the cognitive symptoms of Alzheimer's.

Deep brain stimulation had originally began in 1997 to fight against the symptoms of Parkinson's disease. DBS has received positive recognition from the media for its stories of success because it has treated well over 40,000 people over the past 21 years. "Stories of previously housebound patients with debilitating symptoms subsequently regaining independence and self-confidence with DBS are not uncommon, and the media has tended to portray the therapy in very optimistic terms." (Gardner, 2013) Furthermore, with the recognition and success of DBS in the treatment of Parkinson's disease symptoms, researchers have decided to use it to fight against other diseases such as Alzheimer's, obsessive-compulsive disorder, depression, and even more recently, obesity: "The success of DBS as a treatment for PD and essential tremor has prompted investigators to explore other possible uses. Subsequently, DBS has been approved for the treatment of dystonia, and it is currently undergoing clinical trials for the treatment of obsessive–compulsive disorder (OCD) and depression." (Gardner, 2013) Thus, it was only a matter of time before deep brain stimulation was to be considered a treatment option for patients with Alzheimer's disease.

Treating the cognitive symptoms of Alzheimer's is much more complicated than dealing with memory loss. Dr. Douglas Scharre, a neurologist and the director of the Division of Cognitive Neurology at Ohio State's Wexner Medical Center's Neurological Institute, explains that before DBS was considered to be a treatment of the cognitive symptoms of Alzheimer's disease, doctors had no way to treat it. They have several tools available to treat memory loss, such as pharmaceutical treatments and memory aides, but they had absolutely zero options for treating the cognitive symptoms: "We have many memory aides, tools and pharmaceutical treatments to help Alzheimer's patients with memory, but we don't have anything to help with improving their judgments, making good decisions, or increasing their ability to selectively focus attention on the task at hand and avoid distractions. These skills are necessary in performing daily tasks such as making the bed, choosing what to eat and having meaningful socializing with friends and family," (OSU Wexner Medical Center, 2018) Thus, doctors and scientists were running out of options in treating the cognitive symptoms of Alzheimer's disease, so they ultimately decided that DBS may be an effective way of treatment because of its renown success of treating other diseases.

DBS involves implanting electrodes in certain areas of the brain. These electrodes produce the electrical impulses that can affect certain cells and chemicals within the brain, this procedure comes with invasive surgery which can be risky. While this study is used for different treatments such as chronic pain, parkinson's disease, etc. This is the first study that uses deep-brain stimulation to target symptoms related to executive function. While reading the article you get a heavy sense that there is still a lot of studying to be done and researchers would like to see more studies done. In the beginning, they only used three patients with Alzheimer's disease. These patients were compared to a group of about 100 others who also had Alzheimer's, they were close in age range, and had a similar level of cognitive impairment. Participants completed tests periodically to measure aspects of cognitive function that are affected by Alzheimer's disease, including decision making and the ability to carry out basic daily activities. Two of the three participants showed a significantly less decline in their test scores, compared to those who didn't have the implant, there was even one participant who showed improvement in her daily activities. When this participant started she couldn't prepare her own meals, but after two years she could cook herself a simple meal.

Researchers hope that in the future this procedure would come with a less invasive surgery. The risks that come with this surgery include bleeding of the brain, stroke, infection, etc. While researching more on DBS Mayo Clinic, it helped shed some light on some of the results after surgery: " Deep brain stimulation won't cure your disease, but it may help lessen your symptoms. If deep brain stimulation works, your symptoms will improve significantly, but they usually don't go away completely. In some cases, medications may still be needed for certain conditions ". (Mayo Clinic 2017) In the future, researchers would like to explore the possibility of using nonsurgical methods to stimulate the frontal lobe which would be a less invasive treatment than the DBS surgery. While they were writing this article the also interviewed another Alzheimer's researcher who was not apart of the study, in which he stated, "DBS treatments "would only be one small part of the puzzle" in treating Alzheimer's. Ultimately, tackling Alzheimer's will require multiple components, including preventive measures and medications, as well as approaches such as surgically implanted devices that stimulate multiple parts of the brain, he said". (Mayo Clinic 2017)

While the evidence suggests that a brain pacemaker does indeed prevent the cognitive symptoms of Alzheimer's disease, it is still minimal and needs more scientific research. Rezai, a neurosurgeon and former director of Ohio State's Neurological Institute, agrees: "This DBS brain pacemaker technology is commonly used to treat Parkinson's disease and tremor. Our study findings suggest that modulation of frontal lobe networks by DBS holds promise for improving connectivity, cognitive and functional performance, and should be further studied in Alzheimer's disease," (OSU Wexner Medical Center, 2018)

After doing our research and viewing the studies, we've come to the conclusion that a brain pacemaker does indeed prevent the cognitive symptoms of Alzheimer's disease although more evidence is needed to solidify the answer.

"Because the study was small, it will need to be repeated in a much larger group of Alzheimer's patients, said Dr. Michael Schulder, vice chairman of neurosurgery at North Shore University Hospital in Manhasset, New York, who was not involved with the study." (Rettner, 2018)