WR 121 10 AM Group 3: Can radiation from cell phones cause cancer?Updated automatically every 5 minutes

Can radiation from cell phones cause cancer in humans? 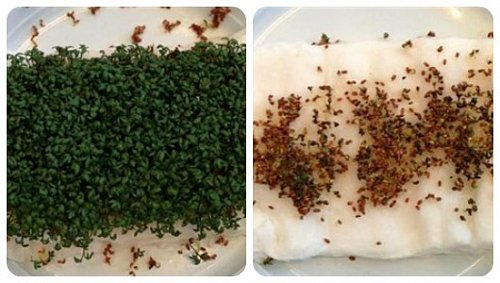 A TechCrunch article has been circulating facebook over the last few days after a study done by ninth graders in Denmark was shared by Life Energy Designs. The students in Denmark tested cell phone wifi radiation effects on plant cells deducing that cell phone wifi radiation must be able to kill human cells, create tumors, and cause cancer if it can kill plant cells. The studies shared by TechCrunch mention the similarity of the tumors found in the rodents study. However, scientist John Bucher clearly states their findings should not be directly extrapolated to human cell phone usage given the difference in human and rodent cells.

TechCrunch is a leading technology media property, dedicated to obsessively profiling startups, reviewing new Internet products, and breaking tech news. Founded in June 2005, TechCrunch and its network of websites now reach over 12 million unique visitors and draw more than 37 million page views per month. TechCrunch was bought by AOL in 2010 and eventually AOL was bought out by Verizon on May 12th, 2015. This could create some bias coming from the TechCrunch source when they're a leading cell phone company across the globe.

Life Energy Solutions is a website created and ran by a couple that's dedicated their lives to sharing " the journey of education and awareness about energy balancing and EMF protection." Their revenue comes from selling various novelty items that claim to protect humans from Electromagnetic Frequency (electromagnetic radiation). Their bias may come from the fact that the experiment they shared may help sell their products.

The TechCrunch article is about an experiment the National Institutes of Health- more specifically- The National Toxicology Program, did on male rats to test the potential side effects of cellphone radiation. The article states that the results they've found in male rats could possibly infer that humans could get cancer, but the results are far from conclusive. In both articles humans were not the study group but they're making the assumption human cells are similar to plant and rodent cells. It's warranting a debate on whether or not cell phone radiation does lead to cancer in humans or if radiation from cell phones is indeed harmless.

There is a growing concern surrounding the question whether cell phone use is related to the development of certain types of brain cancer. The root of this concern stems from the knowledge that cell phones emit a form of radiofrequency called, "non-ionizing radiation" which could be absorbed by nearby tissue. Past research conducted by the 9th grade students in Denmark had exposed the destructive effects that this kind of radiation can have on plant cells, but this source has been considered unreliable since it suggests that plant cells will react the same as human cells. Concern is also due in part to the fact that every year, many more people are using cell phones everywhere. Currently the global estimate is to be around 5 billion cell phone users. However, while overall general use of cell phones is increasing, improved technology is producing devices with lower energy output.

There are two types of electromagnetic frequencies, and they are ionizing and non-ionizing radiation. Non-ionizing radiation is a low power and low frequency radiation that is used in microwaves, radar, and cell phones. Some limited testing has been conducted exploring the effects of non-ionizing radiation on human cells, while the National Institute of Environmental Health Sciences, which is a branch of the National Institute of Health has been conducting extensive research on rodents, and released the preliminary results back in May of 2016. The results were inconclusive however, with no consistent evidence as to a connection between exposure to this radiation and cancer risks. The only biological effect that non-ionizing radiation seems to have is very minimal localized heating (National Cancer Institute, 2016). A large-scale study, called the INTERPHONE study has been conducted on two large groups of participants from 13 different countries, one group of participants had developed certain brain tumors, while the other group had not, and examined their specific individual cell phone use (duration and frequency). The results from these tests were inconsistent as well, however some small subgroups have shown some small significant connections (National Cancer Institute 2016).

The American Cancer Society has determined these surveys to be biased for a number of reasons, the main one being that they are questionnaire based and lack substantial, trustworthy data. It is acknowledged that patients diagnosed with certain types of brain cancer often don't live long and recording follow up results for these participants becomes more difficult, while those that do survive can often be impaired, which can affect their responses. Furthermore, people with brain cancer or at risk of developing it are more likely to participate in this study than are people with no concerns of developing brain cancer, therefore the population of participants itself is biased.

The International Agency for Research on cancer has concluded from these studies, based on limited evidence from human studies, limited research on rodents, and inconsistent evidence from survey studies, that cell phone use is classified as possibly carcinogenic to humans, but more research is required for further evidence. Other organizations agree that, while there could be some possible ties to cancer risk from cell phone usage, there is not enough strong evidence and sufficient studies haven't been completed yet. That being said, a study was launched in Europe back in 2010, called COSMOS, that has enrolled some 290,000 participants, ages 18 and over, and will follow their health patterns for 20-30 years, and compare these results to the amount of usage reported by their cell phone plans. This study still has potential for bias, but significantly less so than any of the previous surveys that have been conducted.

Recently there have been some misconceptions about the possibility of cellular devices causing cancer. A lab that was done on plant cells by ninth graders studying the effects of cellphone radiation was released, concluding incorrectly that humans will also get cancer from the radiation put off by cell phones. Also, the recent study shared by TechCrunch on the effects of radiation on rodents created a stir across the internet. There have been studies done by The American Cancer Society and the National Institute of Environmental Health Sciences to determine if there's a threat from radiation that's put off from cell phones, but there's no clear indication of true risk posed from these findings. Research has established that the risk of cancer from cell phone use is possibly carcinogenic, but studies are not consistent in all studies. More research is currently being conducted, called COSMOS, to draw a firm conclusion to this issue which affects 5 billion people and counting.