Did an elementary school in California force students to cross dress for LGBT Week?Updated automatically every 5 minutes

The question: "Did an elementary school in California force students to cross dress for LGBT Week?" arose on May 19, 2016 and was initially posted on the news and opinion website The Free Patriot. After being posted on the website, it had been shared on Facebook, according to the fact-checking site Snopes.com.

Two websites that were in support of these claims were Facebook and The Free Patriot. On May 21, 2016 people started posting in a Facebook group called, "Donald Trump-Made in America" addressing this topic (refer to image below). The second source was The Free Patriot, a right-wing media website which discusses articles of similar natures. 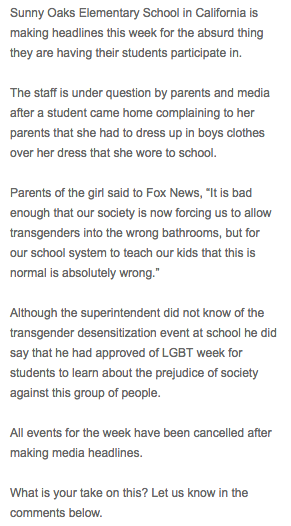 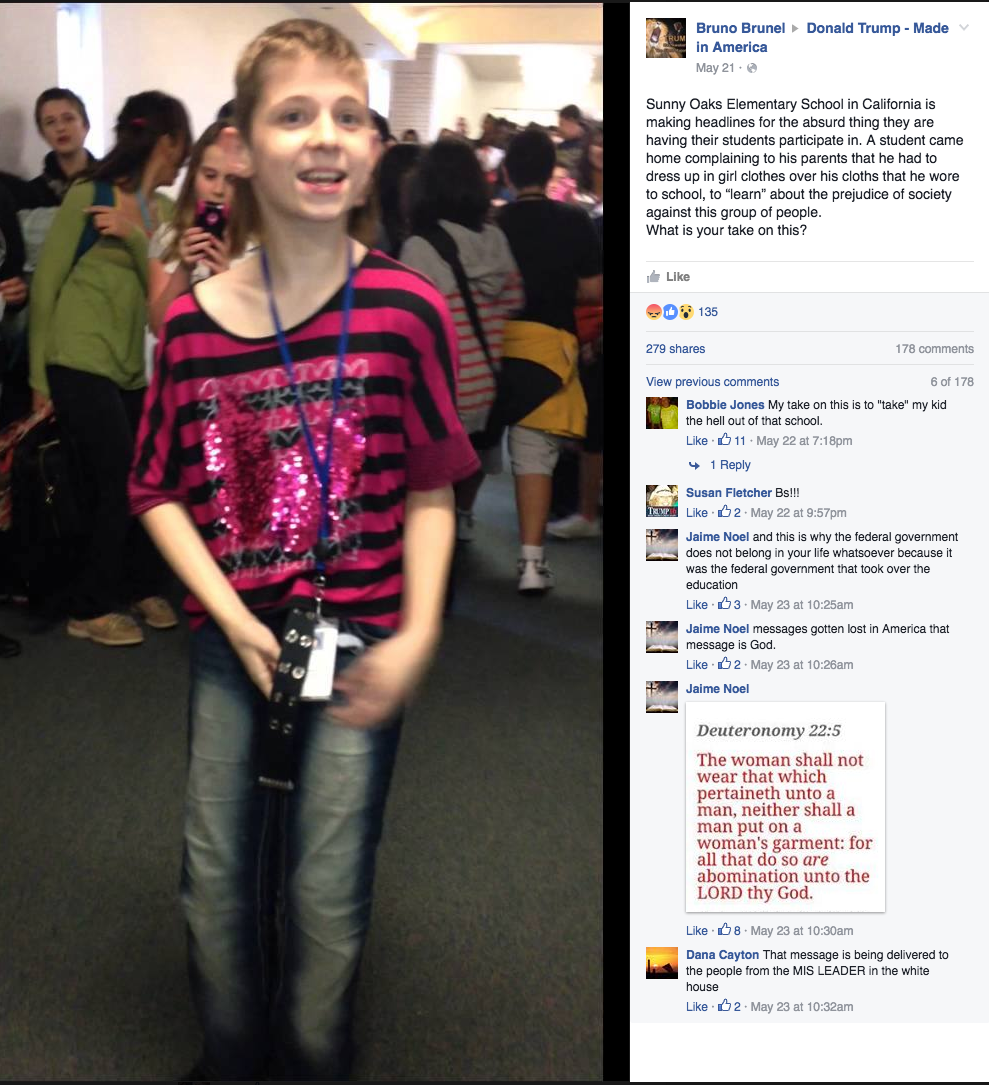 The Free Patriot's article was immediately disproved by snopes.com on May 20, 2016 and later by truthorfiction.com due to the many false statements the article had made. First, the school's name listed in the article, Sunny Oaks Elementary doesn't exist in California. Second, the photograph of "Sunny Oaks Elementary" was actually a photograph of Person's International Elementary School, which is located in Canada and the name had been brushed off. Finally, the article had cited a FOX News report about the elementary school forcing students to cross dress but the article doesn't exist.

Overall, The Free Patriot is considered a questionable source, according to MediaBiasFactCheck.com. The site also explains that The Free Patriot are guilty of "extreme right, conspiracy, and propaganda" views. Snopes views The Free Patriot as being unreliable and states that the site had made outrageous claims before.

In doing our own research, we also reverse google searched the image provided by the article to ensure accuracy in which we too found that the actual school does reside in Canada and someone used an obvious cut and paste effect in photoshop to remove the name. (Reference images below): 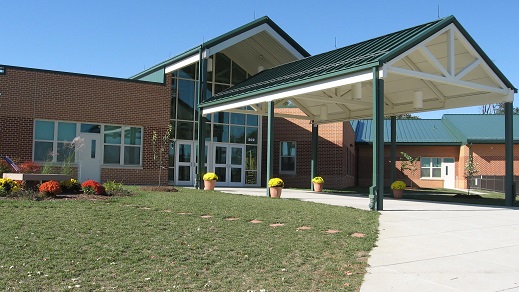 We went to google also to try and see if the actual school existed as Snopes and others claimed false...and they were right. A simple Google search finds nothing but the Snopes and Truth or Fiction articles on the school: 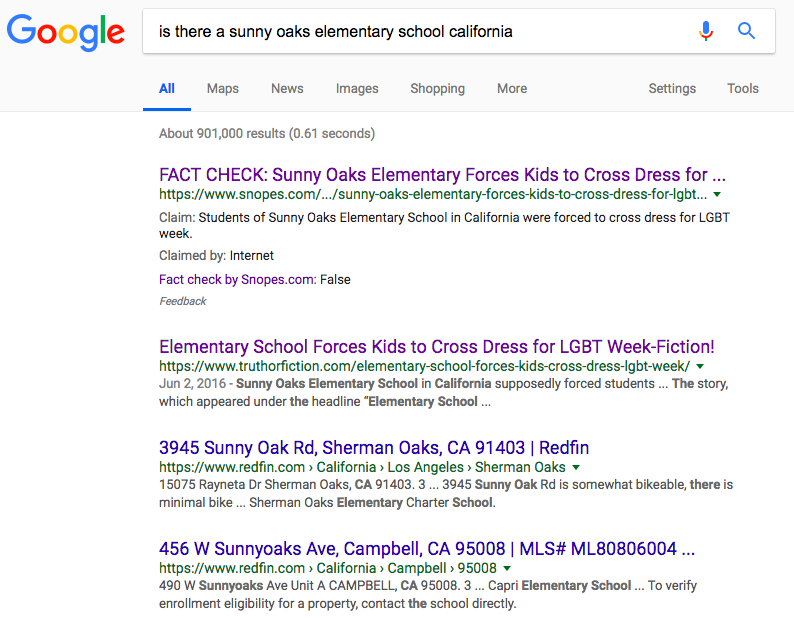