Does snapchat delete your photos after you send them?Updated automatically every 5 minutes

Does snapchat delete your photos after you send them?

Yes, but it's complicated...

Yes, Snapchat does delete your photos from their server, but they are not completely gone. The photos taken on Snapchat are saved to our mobile devices.

Richard Hickman is a computer forensic expert who has discovered the way to retrieve Snapchat photos from android devices. It takes him about six hours depending on the amount of data on the phone. "When Hickman changed the .NOMEDIA extension, the photos were viewable again" ( Shontell 2013).

The claim "Snapchat doesn't delete the photos you send after they have been opened" has been seen on various websites such as Buzzfeed, CNN, and Business Insider. It's a question that everyone has been concerned with for years and now wants answered.

Snapchat was officially released in the year 2011. Snapchat was designed as an app used to send quick communication from person to person through a brief up to 10 second picture or video.An article on Buzzfeed in 2012 titled, "How Anybody Can Secretly Save Your Snapchat Videos Forever" was released explaining how an extension on the iPhone allows users to plug their phone into a laptop and view videos they have received through Snapchat. Articles since then have released information backing up the rumor that Snapchat videos are saved on phones. When addressed about the issue, Snapchat responded by saying that there will always to get around the situation. In fact, it is the users fault for not correctly using the app for its original purpose and "spoils the fun". An article on Decipher Forensics.com explains how videos are saved onto Androids. Majority of Snapchat data is stored in a few folders and the photos are linked to the folders. One might assume they are all expired but in reality they are saved in a folder linked to Androids. Although this occurs it is not consistent and occur with every image that is sent or received.

A major issue with Snapchat would be that the photos are not really deleted from a person's phone after being sent. The file is simply renamed and buried deep inside the phone that can be retrieved by plugging the phone into a computer and following a few steps. Hickman tells KSL.com. "They claim that it's deleted, and it's not even deleted. It's actually saved on the phone." A B usiness Insider article stated that a Snapchat video sent to you remains in your phone even after you've viewed it. A person can plug their iPhone into a computer, and using a file search program called iFile, can find videos sent to that phone through Snapchat. This means that anyone can copy those videos to their computers, save them, and post them onto other sites.

Snapchat stores every photo on Androids in a folder called "RECEIVED_IMAGES_SNAPS." Also, Snapchat can save the photos to the company's server. Snapchat keeps the snaps on their servers until they are opened by all the receivers. Snapchat also said that it stores unopened photos on its servers for 30 days before deleting them; the photos can also be viewed by authorities. Even if one does not physically save their snapchats, the Snapchat ghost still holds onto them, hence their Snapchat logo/mascot. The photo app company has admitted it can access unopened snaps and turn them over to law enforcement resulting in an extreme violation of privacy. The company was investigated and had to change the phrasing of their terms and conditions and privacy information because the photos are not actually deleted. It is extremely hard to completely delete something from the internet, so Snapchat simply just restores the information in harder to find places on the user's phone.

Snapchat made a recent update and now has a feature called memories. This allows one to save snapchats and snap-stories. It also allows you to scroll back through to find your recent memories, however if you decide to save them, it will stay on Snapchat's servers. Authorities can continually view any of these memories resulting in yet another violation of privacy. 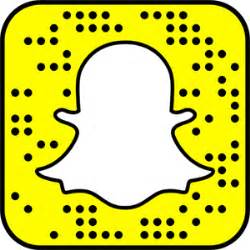 Gallagher, Ryan. "Watch Your Naked Selfies—Snapchat Can Turn Photos Over to Government."

Miraudo, Simon. "Snapchat Is Now Letting You Save Your Snaps (And Even Keep Some For

Notopoulos, Katie. "How Anybody Can Secretly Save Your Snapchat Videos Forever."