Was Bill Clinton expelled from Oxford over a rape incident?Updated automatically every 5 minutes

Was Bill Clinton expelled from Oxford over a rape incident? This is a decades old question that has returned to the forefront of news with every presidential election Clinton participates in, in some way shape or form.

In the 2016 Presidential campaign, this long time rumor about the Democratic candidates husband, Bill Clinton, was brought to the forefront of the election after a tape surfaced with the Republican candidate's controversial comments degrading women. Republican strategists and news organizations attempted to resurrect old rumors to draw attention away from the Republican candidate's current drama. One in particular shared the following post on InstaGram, which he also asserted in a previously published book, "Clinton's War on Women". 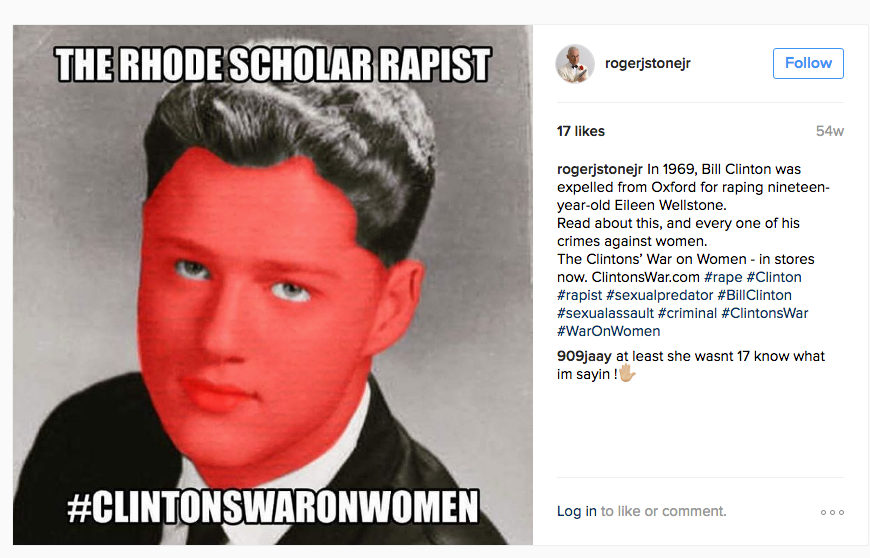 The allegation: Bill Clinton won a prestigious Rhodes Scholarship to the University College, Oxford in 1968 but left before completing the two year program. Rumor is, Bill Clinton was expelled from Oxford University in 1969 for raping a classmate, Eileen Wellstone.

The origination: An article in the Capitol Hill Blue newspaper in February 1992 before the election between Clinton and George Bush alleging the sexual assault from 1969. Since then, the article has been republished by CHB in 1999 online with reference to the original article. In the article, Clinton is accused of not only being expelled from Oxford for the rape of Wellstone, but is also accused of multiple rapes and sexual harassment over his lifetime.

In 1992, during his first presidential campaign, a British news organization reported about Clinton's time at Oxford, with direct quotes from classmates about his general likability, his extracurricular activities, his concern about the Vietnam war and nothing about a rumored rape. It seems preposterous that there would be no mention of his expulsion over a rape if it had occurred.

Key details in the original article from the CHB newspaper published in February 1992, state 1) the victim chose not to make a statement, 2) an unidentified state department employee related to the original investigation verified the attack and investigation however there's no paper trail or record of such. Article after article repeats the same information, many verbatim, with no new identified sources or citations from the original article. No documentation or a statement from Wellstone is on record by any publication with evidence to share or sources to cite.

Finding Eileen Wellstone online is impossible other than the reference to her in the aforementioned news stories about the assault; there is no picture or quote or statement by Wellstone at any time on record. Fact checking sites, Snopes as well as Truth or Fiction seem to rely on the same circular reporting and were unable to find information to verify or refute the allegation. Circumstantially, Bill Clinton has been accused by at least thirteen women of either sexual assault or of having some sort of complicit sexual relationship with over the years starting with the Eileen Wellstone allegation while attending Oxford on a Rhodes scholarship in 1969. The women include, Juanita Broaddrick, Kathleen Willey, Christy Zercher, Sandra Allen James, Paula Jones, Carloyn Moffet, Gennifer Flowers, Dolly Kyle Browning, Mary Jo Jenkins, Sally Miller Perdue, Elizabeth Ward Gracen, and Monica Lewinsky. Of these women, Bill Clinton received a five year suspension to practice law in Arkansas, was disbarred from ever practicing before the Supreme Court, and paid $25,000 fine for actions of sexual impropriety, and lying under oath during grand jury testimony about an improper relationship with a White House intern, Monica Lewinsky, for which Clinton was impeached by the House of Representatives.

Conclusion: If any of the above incidents were to have taken place during the current state of the #MeToo movement one must believe that these types of accusations might not be viewed as merely political partisan attacks, or internet rumors, and would probably be given more consideration and diligence than it has been in years previously. Bill Clinton remains a popular political personality and former president, despite his character being tarnished through the Monica Lewinsky affair, and subsequent impeachment, and having to pay an $850,000 sexual harassment settlement to Paula Jones in 1998. Although there have been many articles written on various women's accusations, often of the first person account, the allegation that Clinton had a sexual incident with Eileen Wellstone in Oxford, England that led to his expulsion from Oxford University in 1969 could not be confirmed.