Was Celery the 'Avocado Toast' of the Victorian Era?Updated automatically every 5 minutes

Celery was the avocado toast of the Victorian Era. Both have been used in society in the same way. In the Victorian Era, celery was a sign of wealth; they served it at 5 star hotels, on the Titanic, at Christmas dinners, or anytime they wanted to exhibit their wealth, because it was a very fashionable food. Celery was a splurge item for the Victorians, so they wanted to boast about being able to eat it. This is where the celery vases come in. Since it was the centerpiece of their table, they put it in special vases. Celery vases were to be admired, to serve as a sign of "high class" to friends. Today, similar to celery, the avocado and avocado toast is seen as a splurge for most. Since it is a special treat, people often want to post a photo on Instagram, Snapchat, or where ever they prefer, so that all of their friends know they can afford it and are eating it. Avocado toast is bought both to be consumed as well as seen. Celery and avocado toast represent trendy foods of their time.

After extensive research on the topic it appears that the original claim was made in 2017 by Heather Anderson, a culinary historian and journalist. Why Anderson appears to be the original source for this claim lies in her expertise of the subject and the lack of discussion regarding the topic. There were very few articles online regarding celery, but what few there are show an interesting trend: all of them reference Anderson's article as their primary source. With that being said, it is hard to find any other authoritative voice on the internet discussing the topic, so Anderson appears to be the strongest candidate for the claim of the famous vegetable.

There was a large focus on the celery vase more than the celery itself. The celery was seen as a high status and placed in an expensive celery vases, while on display on the dining table in the homes of the wealthy. The celery was served "in the rough" with the leaves attached in their vases almost like a bouquet of flowers from the website it says approximately from the 1830's to 1890's.

Celery wasn't largely cultivated until the victorian era, when different variations of celery became noticed at this time and drew in lots of attention. "Cole's superb red" was a new variety of celery that was introduced and became very popular. They began growing celery all over the UK by the mid-19th century especially London, Manchester, Edinburgh, and Gainsborough. First it was used strictly for cooking, then the middle class started eating it raw. Since there were so many types grown in different areas, only certain types of celery became very sought after. White stalked varieties were grown for more elegant events and better flavor while large, solid celery was considered superior to hollow ones.

As for prevalence, while the growth of celery was difficult, mostly growing only in the Mediterranean making it more expensive, the popularity of celery vases really made it look more like a luxury item, while also preserving the vegetable at the same time. If a family had a celery vase it was a visual confirmation of an upper class status. They had intricate designs, making them more of a display piece, like a bouquet of flowers or a table centerpiece would be today. While celery itself might not be the most eye catching decoration the vases were usually intricately designed to be the main display piece. The way that the wealthy Victorians used these vases could be comparable to the way photos of avocado toast cover Instagram feeds. These photos are used in much the same way which the vases were, as a show of wealth, of "look what I can afford to eat." 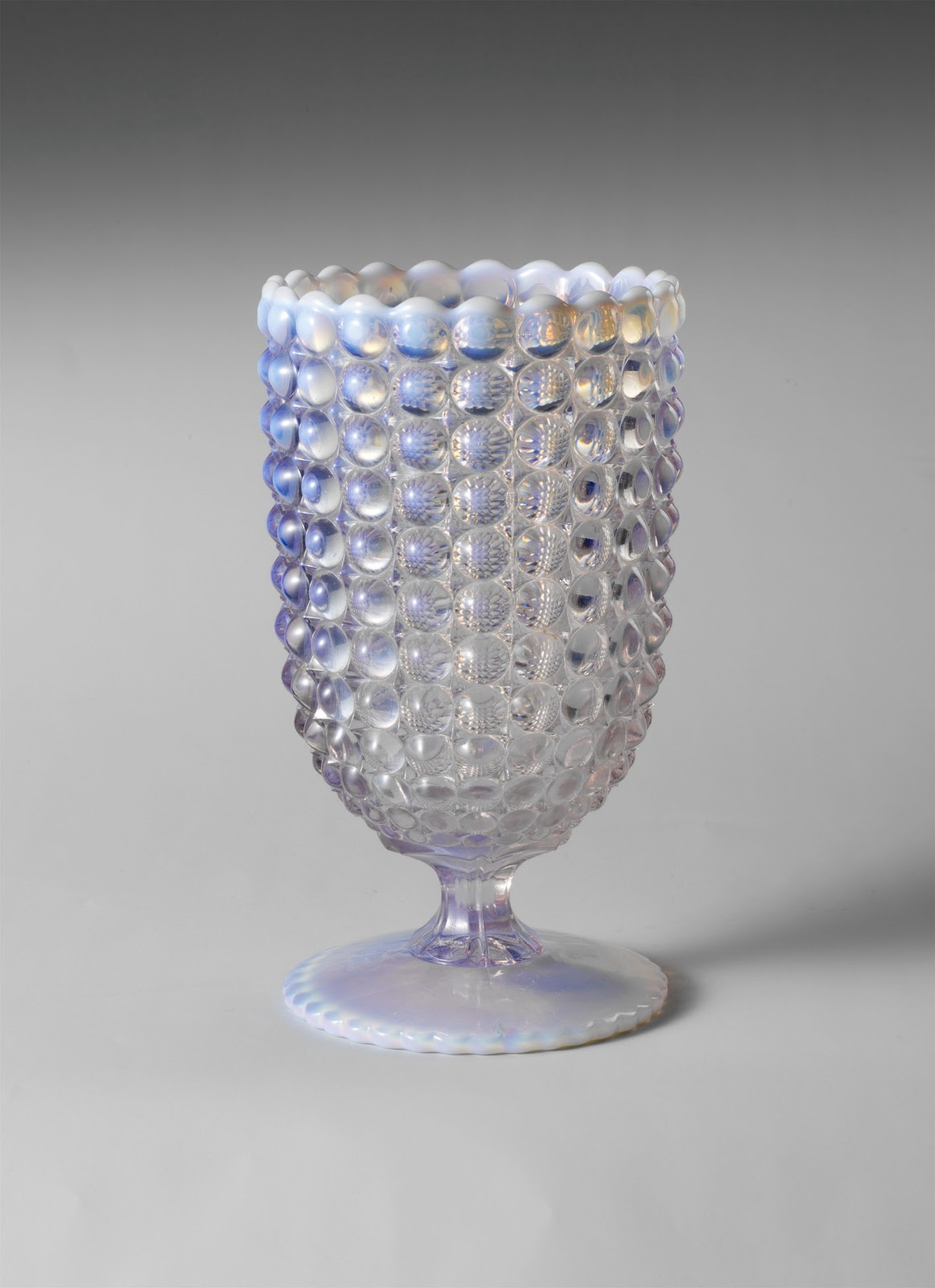 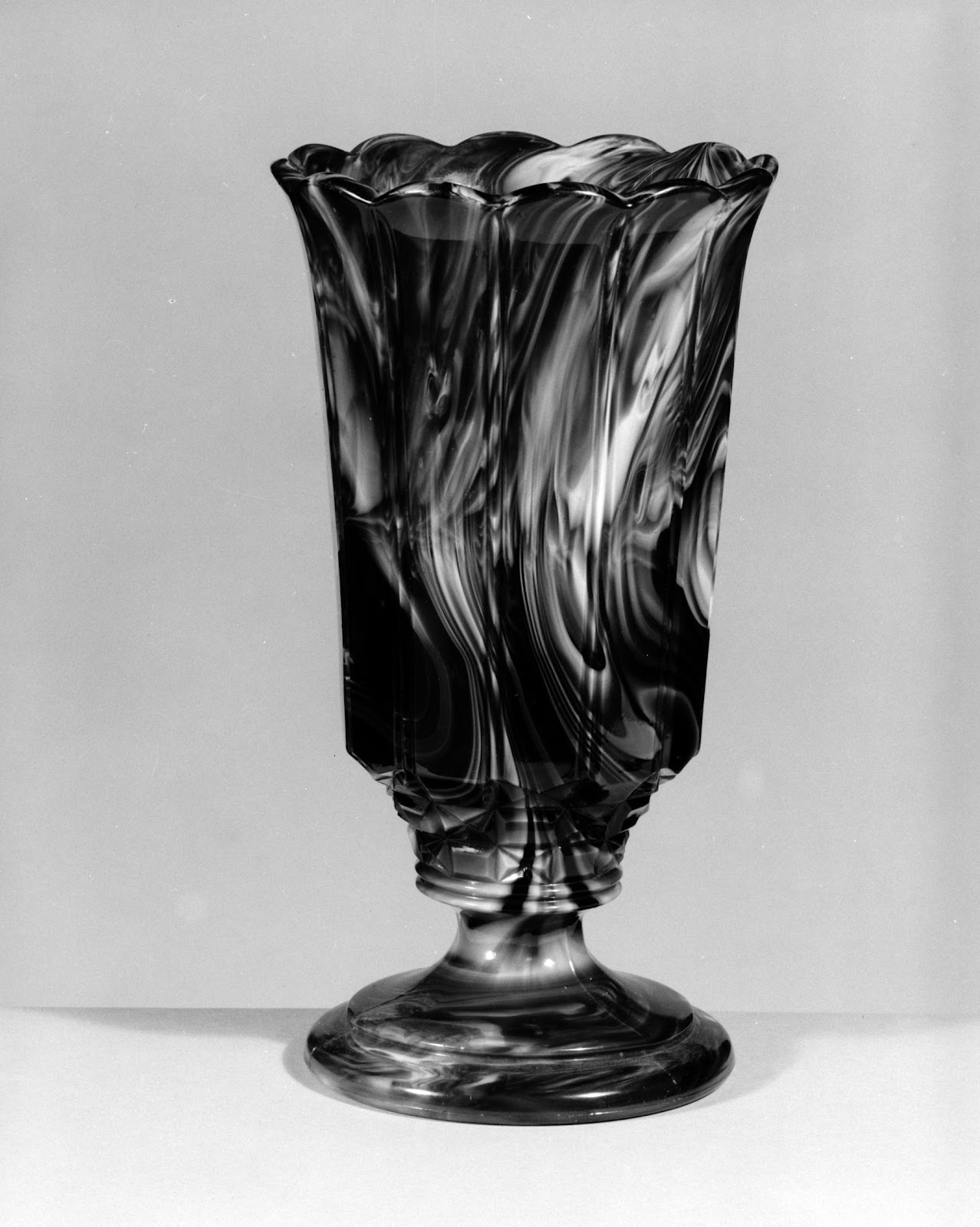 For example, The Daily Telegraph (commonly referred to as The Telegraph) is a British newspaper regarded for its accurate and fair reporting. Ed Cumming, Deputy Gardening Editor of the newspaper, reported that in Victorian times, celery was revered as a delicious Christmas treat. The vegetable was originally grown in the Fens, and it would be "earthed up" in September to prolong its life and raise its price. Then, in wintertime, it would be freshly picked and rushed down to London on the brand new railway lines. When it arrived in Victorian houses, it would be placed alongside fancy cheeses and fruits and frequently served in a glass celery vase, commonly a sign of great wealth.

In addition, Heather Anderson, a culinary historian as well as journalist, wrote an article for TASTE, an online magazine for active cookers and people interested in the history behind certain types of dishes or foods.

In Anderson's article, " Celery Was the Avocado Toast of the Victorian Era," she claims that celery was a sign of wealth in the Victorian Era due to its difficult harvesting. Celery is native to the Mediterranean, and its cultivation began in the early 1800s in the cool wetlands of East Anglia. It was incredible difficult to grow and hard to obtain, which made it a necessity for the Victorian upper classes; similar to how avocados cannot be grown everywhere thus leading it to be a more expensive fruit. The fad of celery coursed through the 1830s to early 1900s, but once manufacturers began to mass-produce it and agriculture techniques improved, celery became common. According to Joe Masabni, a horticulturalist from the Texas A&M University's extension school, stated that celery could have been used as a food enhancement, thus making it popular in the Victorian era. He speculates that Mediterranean flavors helped spark this celery fad, which later became a standalone dish in various cookbooks. As stated in the summary of this article, celery became more about decor and less about fine eating. To show off their wealth, upper class Victorian families would have a glass celery vase-- a tall, tulip-shaped bowl on top of a medastal which dramatically displayed the vegetable.

Celery vases continued to be status symbols throughout the late 19th century, and wealthy ladies used them as centerpieces as well as wedding gifts to newly weds. According to an article in Atlas Obscura, these glass-blown vases would feature embellishments such as fluted edges, and also beared the owners' name on the bottom.

With all of historical background in mind, it appears that celery had a profound impact on the Victorian era, similar to how avocado toast has taken over contemporary society. Both foods were relished by people of all ages and made into elaborate dishes. In addition, both were more pricey than the average food, so they are definitely fads in each of their time periods.

According to an article on Hunker.com, a website that specializes on informing their readers on home decor and the background information on each item, said that the production of celery vases declined in the twentieth century.

Production of celery vases subsided by the beginning of the 20th century as the presentation style of celery changed to serving the vegetable on flat dishes. The the prestige of owning celery vases declined as manufacturers began to mass produce the objects. Agricultural advances leading to easier-to-grow varieties of celery also made the vegetable less prestigious. Today, fine-arts museums and galleries display antique celery vases as works of American decorative art that give a glimpse into the lives of the well-to-do during the Victorian age. Antique shops, auction houses and specialty glass dealers also catalog and sell celery vases.

Celery was indeed the avocado toast of the Victorian Era. What this statement really means is that celery was a fad food, eaten by people who could afford it, to show off their status to others of the same or lower status. This is how avocado toast is used in contemporary society. They are not the same dish, or eaten the same way-but they were both tools of social life. If today's avocado toast loving people were transported back to the Victorian Era, they would surely enjoy celery.